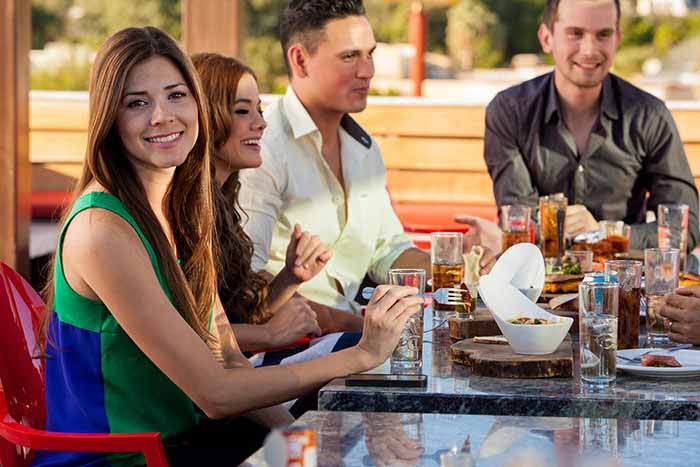 In the past decade, the American food industry has seen the rapid growth of the fast-casual dining sector. This hybrid concept combines counter-service ease and efficiency with fresh preparation, high quality food and a greater emphasis on ambiance.

In 2013, the number of fast-casual stores rose by 8 percent, and sales within those stores grew by 11 percent. Even a couple of years ago—when Americans were still feeling the effects of the Great Recession and cutting down on dining out—sales in the fast-casual sector grew more than 8 percent, while sales for the nation’s top 500 dining restaurants rose only 3.5 percent.

Fast-casual restaurants now account for more than a quarter of the total food service sales, bringing in an estimated $173.8 billion annually, according to the National Restaurant Association.

Within this growing food industry segment lies yet another interesting trend. Of the top five fast-casual chains in the U.S., two are of Latin persuasion—Chipotle Mexican Grill and Qdoba Mexican Grill—with others such as Baja Fresh and Moe’s Southwest Grill not far behind. Two out of five may not seem like such a feat, but when you consider that the three remaining restaurants showed no commonality in food type (Panera Bread, Five Guys Burgers and Fries, and Einstein Bros. Bagels), it becomes much more notable. Needless to say, much of the popularity generated by these ethnic-inspired restaurants is the growth of the Hispanic population, which according to the Synovate, US Census Bureau, is projected to reach 155 million people by 2050.

Meanwhile, countless other Latin and Caribbean-inspired fast-casual restaurant chains are cropping up regionally in the U.S. One of these concepts is South Florida’s GrilliT, a Latin-Caribbean fusion concept that sources from local growers to provide diners with fresh, nutritious and delicious food, including fresh produce and grass-fed organic beef. Another example is Pollo Tropical, a Latin-Caribbean grilled chicken chain originally conceived in Miami, Florida, and now boasting more than 100 restaurants across the USA and internationally.

At a time when consumers are craving nutritious options, but still want the convenience of a quick meal, the fast-casual scene becomes a great solution. The freshness and flavorful fare associated with Latin and Caribbean foods make these types of concepts and their products the likely model for continuous growth within the fast-casual segment. For Latin Caribbean products and recipe ideas, please visit our website at www.micfood.com